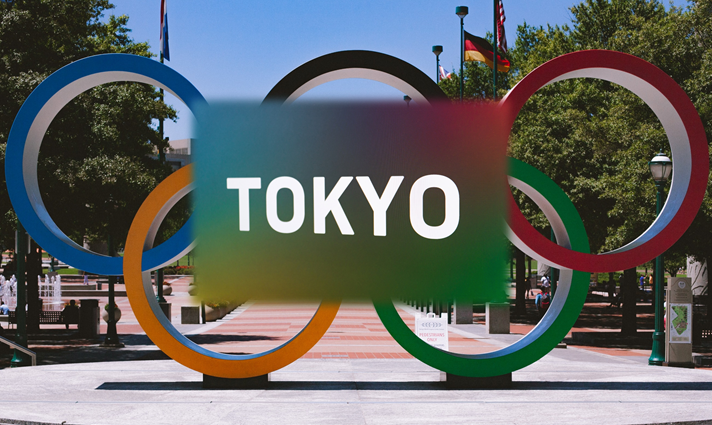 When will the postponed 2020 Tokyo Olympics be held? Here are some of the venues for each competition

The 2020 Olympic Games were scheduled to be held in Tokyo, Japan.
However, due to coronavirus, the postponement was decided.
In addition, even though it is the Tokyo Olympics, there are also competitions held outside of Tokyo, such as Hokkaido.
We will introduce when the event date will be held and where each competition will be held at which venue.


Originally, the Tokyo Olympics were scheduled to be held in the summer of 2020.
In Japan, we made various preparations for the Olympic Games, such as building venues and recruiting volunteers.
Unfortunately, due to the global outbreak of coronavirus, the postponement was decided to 2021.
The official date of the Tokyo Olympics has not been decided at the moment.
It is scheduled to be held in 2021, but since the names “Tokyo 2020” and “Tokyo 2020” will continue to be used, Olympic goods are also left with the logo of 2020, which was the original scheduled date.
In a sense, it may be a valuable goods, a logo.

■ The 2020 Tokyo Olympics are scheduled to be held.


The 2020 Tokyo Olympic Games are scheduled to be held at the Olympic Stadium.
In addition to events such as the opening ceremony and the closing ceremony, this facility will also hold athletics such as soccer and 100m runs.
The Olympic Stadium is located in Kasumigaoka-cho, Shinjuku-ku, Tokyo.
The nearest station is The National Stadium Station on the Toei Oedo Line, which can be reached in about a minute’s walk.
In addition, sendagaya station of JR Sobu Line, Shinanomachi station, Gaienmae station of Tokyo Metro Ginza Line are also available.
It is a short walk from both stations, but it is expected to be crowded with many people during the Olympic Games, so it is better to act with plenty of time when traveling.
Originally, this place has a national stadium and has a history of being used as an Olympic stadium for the 1964 Tokyo Olympics.
Construction work has been carried out for the 2020 Tokyo Olympics, and it has been reborn as a facility that can accommodate more than 60,000 people, so you can enjoy the opening ceremony and various competitions at the new facility.

■ Table tennis will be held at Tokyo Gymnasium


Tokyo Gymnasium is the place where gymnastics and water polo were held at the 1964 Tokyo Olympics.
Table tennis is scheduled to be held at the 2020 Tokyo Olympics.
The address of Tokyo Gymnasium is Sendagaya 1-chome, Shibuya-ku, Tokyo.
The nearest station is Sendagaya Station on the JR Line, which is about a minute’s walk away.
It is also close to the National Stadium Station on the Toei Oedo Line, so it is easy to access from the Olympic Stadium, which is the main venue such as the opening ceremony.
There are many sightseeing spots around Sendagaya Station, such as Hatomori Hachiman Shrine, Meiji Jingu Gaien, and Shotoku Memorial Painting Museum.
Shinjuku Gyoen is also nearby, so you can experience nature while you are in Tokyo, relax and refresh yourself.

■ Odaiba Seaside Park where triathlon is scheduled to be held


Competitions such as triathlon and marathon swimming are scheduled to be held at Odaiba Seaside Park.
Odaiba Seaside Park is a park boasting a vast site, and you can also enjoy marine sports in the recreational water area.
There is a 12.5-meter Statue of Liberty in the park, and there is also a marine house with an observation deck and restaurants, so you can enjoy a variety of parks.
There is Tokyo Bay nearby, so you will be able to enjoy the Olympics in an open atmosphere that does not seem to be Tokyo.
Odaiba Seaside Park is located at Daiba 1-chome, Minato-ku, Tokyo.
The nearest station is Odaiba Station on the Yurikamome Line on the Tokyo Rinkai Shin-Kokai Line, or Odaiba Seaside Park Station, a 3-minute walk away.
You can also use Tokyo Teleport Station on the Rinkai Line on the Tokyo Rinkai High Speed Rail.
Odaiba Seaside Park is a very beautiful spot with sunset views and night views such as rainbow bridge, so when you visit at the Olympics, you can enjoy the night view.
There are many sightseeing spots in the immediate vicinity, such as Fuji Television Headquarters, Oedo Onsen Monogatari, and National Museum of Emerging Science and Innovation.

■ Karate and judo will be held at Nippon Budokan


Nippon Budokan is a facility designed to promote traditional Japanese martial arts.
In addition to sporting events, it can also be used for music events, university graduation ceremonies, etc.
During the 2020 Tokyo Olympics, karate, judo and other events will be held at this location.
Nippon Budokan is built in an equilateral construction system, and the roof is characterized by an onion-like pseudo-jewel on it.
While enjoying the Olympic games, it will be interesting to take a closer look at the architectural style unique to Japan.
Nippon Budokan is located at Kitanomaru Park in Chiyoda Ward, Tokyo.
The nearest station is Kudanshita Station on the Tokyo Metro East-West Line, which takes about 5 minutes on foot.

■Marathons and race walks are scheduled to be held in Hokkaido.


As the name suggests, the Tokyo Olympics are basically scheduled to be held in Tokyo, but when it comes to marathons and race walks, the venue is Hokkaido.
You can’t see it in Tokyo, so be careful not to make a mistake.
Sapporo Odori Park is the place where marathons and race walks are scheduled to be held.
Sapporo Odori Park is a very large park with a length of about 1.5 kilometers and an area of about 7.8 hectares.
In the park, there are plants, flower beds, lawns, etc., and it is a refreshing spot for local Sapporo and tourists.
It is also famous as a venue for the YOSAKOI Soran Festival, snow festival, white illumination, etc.
Sapporo Odori Park is located in the center area of Sapporo City in Hokkaido.
If you are accessing by train, the nearest station is Odori Station on the Tozai Subway Line or West 11th Street Station.
Sapporo city is one of the most tourist destinations in Hokkaido, and it is an area where many foreign tourists usually gather.
More people are expected to gather and transportation will be crowded during the Olympic Games.
If you plan to go to see the marathon and the race walk, it is better to go out with plenty of time.
There are many attractions around Sapporo Odori Park, such as White Lover Park, Hokkaido Shrine, and Nijo Market.
In addition, it is an area where there are various delicious local gourmet such as Sapporo ramen, soup curry, Genghis Khan, etc.
While enjoying the Tokyo Olympics, you may want to enjoy sightseeing spots and meals.

■ Other venues other than Tokyo


There are several other events that are scheduled to be held outside of Tokyo besides the Hokkaido Marathon.
Fencing, wrestling, taekwondo, etc. are scheduled to be held at Makuhari Messe Hall in Makuhari City, Chiba Prefecture.
In addition, the venue for surfing is the FishingGasaki Coast Surfing Beach in Ichinomiya-cho, Nagao-gun, Chiba Prefecture.
Basketball will be held at Saitama Super Arena in Saitama City, Saitama Prefecture.
There are several places to play football, including Miyagi Stadium in Rifu-cho, Miyagi-gun, Miyagi Prefecture, Ibaraki Kashima Stadium in Kashima City, Ibaraki Prefecture, and Yokohama International Stadium in Yokohama City, Kanagawa Prefecture.
These places are located a little away from Haneda Airport in Tokyo, so it’s a good idea to schedule travel times well during the Olympic Games.

■ Don’t forget to take measures against the heat!


The 2020 Tokyo Olympics are scheduled to be held in summer in Japan.
Since the temperature and humidity tend to rise, if you want to observe the competition held outdoors, it is a good idea to take a lot of moisture so as not to heat stroke, and also prepare goods such as towels, handkerchiefs, hats, parasols to wipe sweat.