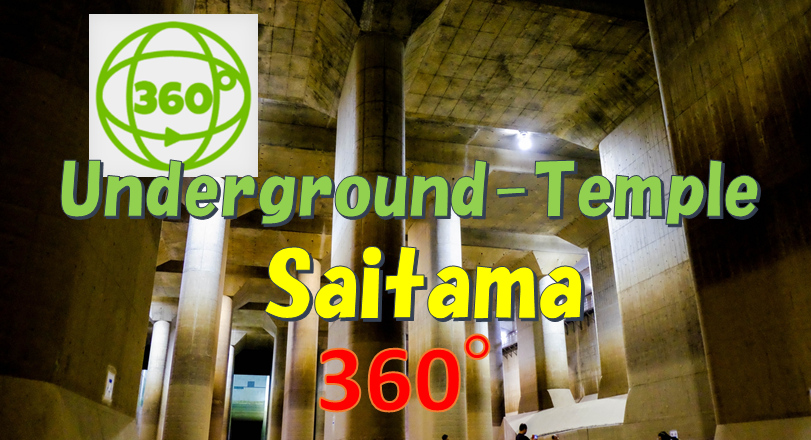 It is one of the world’s largest underground spillways, extending about 6.3 km from Kamikanezaki to Obuchi in Kasukabe City, Saitama Prefecture, and located about 50 m directly under National Route 16. When small and medium-sized rivers in the vicinity, such as the Nakagawa, Kuramatsu, Oochikotone, Route 18, and Yukimatsu Rivers, flood, a portion of these floods is discharged into the Edo River to reduce flood damage.

The official nickname of the river is Sairyu no Kawai, which is also engraved on the nameplate. It is often referred to as an “underground temple” in the media. This is because the sight of 59 huge pillars, each 18 meters high and weighing 500 tons, supporting the ceiling looks like a temple.

The river is a first class river belonging to the Tone River system, and is under the direct control of the government as a ministerial management section (section outside the designated section).