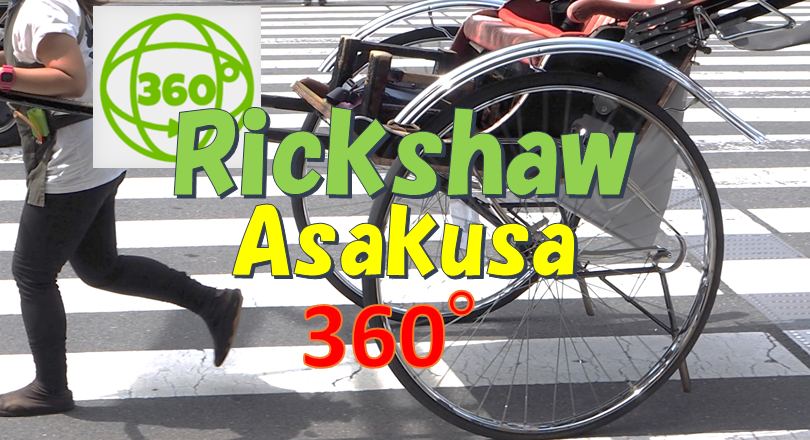 Take a Rickshaw Ride ! Things To Do In Asakusa

As a means of transportation
It is said to have been invented by Yosuke Izumi in 1870 (Meiji 3). It did not exist before the Edo period, and the Daihachi car was used instead. After that, with the spread of horse-drawn carriages, railroads, and automobiles, the number of rickshaws peaked around 1926 in urban areas and around 1935 in rural areas, and then declined. After the war, there was a slight revival due to the lack of vehicles and fuel shortages, but today, rickshaws do not exist as a general means of transportation.

There are two types of rickshaws, one with a single passenger and the other with two passengers, but the most popular type in Japan was the single-passenger type. In Japan, the majority of rickshaws were single-seater vehicles. Although there was usually one rickshaw driver, sometimes two or more would pull or push the rickshaw, especially when in a hurry.

For sightseeing
Currently, rickshaws are mainly used for sightseeing in tourist spots. The first rickshaw service to be used for sightseeing was Gokurakusha in Hida Takayama in 1970. It was later introduced on TV programs in Kyoto, Kamakura, and other cities, and spread throughout Japan. Initially, Gokurakusha began operating in tourist areas with elegant streets such as Kyoto, or in downtown Asakusa, where rickshaws were popular, and gradually spread to hot spring towns such as Ito Onsen and Dogo Onsen, Mojiko with its retro Taisho-era streets, and Chinatown, a famous tourist spot. The most common type of tour is one that takes you on a tour of tourist attractions, with the driver acting as a tour guide.